We love Maramures region, due to it’s forests, mountains, traditions, warm people whom are always awaiting us with joy; due to the smell of freshly mowed grass and it’s gorgeous sunsets.

We love Maramures region because it is studded with wooden houses, each of them with a unique story, carved wooden gates and also because of the elderly people who are waiting to tell us a story from the times when the essence of the Romanian village was so strong that you could have felt its breeze in every wind gust.

Traveling to Maramures, we find ourselves in the North-West part of Romania, in the East part of the Old Continent. Maramures is one of the most charming regions of our dear Romania, it is our corner of heaven. The beauty of this region, does not stand in what the eyes can see, but in the hidden places, in the places where tradition, good will and faith remain the same even today. A simple visit to Merry Cemetery from Sapanta, unique in the world, a walk with Mocanita on the Vaser Valley, the last forest path with steam in Europe, or a transposition into the past meanwhile we visit Memorialul Durerii from Sighet and

Read more
Maramures Village Museum, are making us fall in love again and again with these lands. Maramures County offers us a variety of small wooden churches, each with its secrets, eight of them being part of the UNESCO Patrimony.

Marmures County as we know it, is divided into 4 regions, named countries, each of them having its own customs, ports and traditions. The beauty of this county does not consist in what eyes can see, but in the hidden places where tradition, good will and faith remained the same even today.

Specific to this area is the popular port of Maramures, which stands out with a special elegance, and has a completely original character. We can say that the popular dress from Maramures is a fascinating art of clothing, because all its components are made in-house.

The women’s dress consists in a flowered scarf (darker in color for older women), a shirt with three-quarter sleeves, a lap over which two larks are dressed, a gray fleece chest or a “lecric”, and as an accessory “Expensive collar” (coral beads) or collars (small bead fabrics around the neck).

The main element of the men’s suit is the white shirt. At the bottom the men wear drawers who come to the middle of the calf, (in winter wearing white wool crows). The men’s outfit also has a bell and a cloak.

For a complete life experience, it is necessary to take part on a wedding, organized in a traditional style, where the modern bride’s dress is replaced with a dress passed from generation to generation to which are added the legs, and larch, having flowered elements and silk on it. The groom also has a special suit. In winter they wear crows and dolomites, and in summer they wear wide boots, shirts, blue leggings, sometimes with round, yellow buttons and bead applications on them. Wedding customs include:

Plane, train or car? We can arrive on this lands through each of those 3 options.

Car –> No matter which airport we choose, we can rent a car from the airport in order to arrive at our accommodation from Maramures county and the fairy-tale  landscape that we can not wait to see.

Train –> If we are planning to arrive in Maramures by train, we should know that the rail transport it is provided by C.F.R, and the trains program is found on  www.mersultrenurilor.ro. There are connections from Cluj Napoca, Bucharest and Timisoara to Baia Mare and Sighetu Marmatiei.

Baia Mare – residence of Maramures County, is the perfect start point for a fairy-tale adventure on this lands. One of the city highlights is the fact that it combines perfectly monuments with modern architecture with medieval ones.

Through its tourist spots we can find:

Sighetu Marmatiei – it is one of the landmarks of Maramures County. From here you can easily arrive to Mocanita on the Vaserului Valley, at the Blue Lake from Baia Sprie or to the Merry Cemetery from Sapanta. What can we visit in Sighet? The answer is simple, lots of museums:

The tourist spots dear to us, which we visit over and over again with great fondness, every time we reach the lands of Maramures County, due to their beautiful landscapes and the good state of mind transmitted are listed below, without a specific order of their visit, because from wherever we start the wealth of the soul remains the same.

In order to see more from the lifestyle, traditions, port and culture of this region, we recommend you to plan your vacation depending on the events that are taking place in Maramures region. Below we share some of them:

-“Cate flori pe Iza-n sus” – Dragomiresti: It is a popular festival, usually taking place on the first Sunday after Easter, with dances, songs and folk costumes.

-Chestnut Festival – Baia Mare: At the end of September – beginning of October, when the chestnuts are ripe; this is the symbol of Baia Mare and we celebrate it.

-Hanukkah Festival – Sighetu Marmatiei: An 8-day Jewish festival held at the end of December by the Jewish community in Sighet.

See our offers from Maramureş 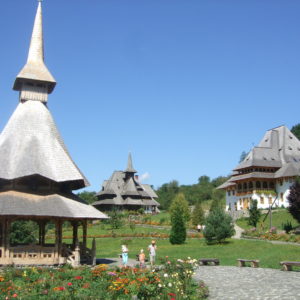