We love Banat for its multiculturality, we have a large community of Romanians, Hungarians, Germans, Serbians, Austrians.

We love Banat for its rich history

We love Banat for the out-of-city tourism: caves, waterfalls and other nature-made wonders.

We love Crisana for its welcoming people and for their speech

We love Crisana for their picturesque landscapes

We love Crisana for its Bihor plum brandy

Plane, car or train? Banat area can be reached by almost all means of transport.

In terms of urban settlements, Banat does not have a large number of large cities. We mention Timişoara, Reşiţa, Lugoj, Recaş, Caransebeş, Orşova or Oraviţa.

Timisoara, located in the west of the country, is the largest city in the region in terms of demographics, culture and finance.
The city also has the names of Little Vienna, due to the influences of the Austro-Hungarian regime, but also the City of Flowers, for the multitude of parks and landscaped green areas. Timisoara holds several national historical records such as: the first horse-drawn tram line, the first city with street lighting and then electric lighting, the first brewery in Romania that still operates today.

As for tourist areas, the main objectives are found in the historic center:

Located in southwestern Romania, Resita is the county seat for Caras-Severin. The city is described as the oldest steel center and one of the most important industrial centers in Romania. Small in size, surrounded by hills and mountains, it is believed that the city will soon become a ghost town. Due to the disappearance of the industrial-steel segment, you will find a high age population and in general a very quiet city. From a touristic point of view, the city is not included in the highlights of tourism as a single objective but as a gateway to the Nera Gorges.

The largest cities in Crisana are: Oradea, Arad, Zalau, Beius, Marghita and Salonta, the first three being also county residences for Bihor, Arad, Salaj. The main urban tourist objectives are found in Arad and Oradea.
Arad is located on the banks of the Mures River. It is an important industrial and transport center, with connections to major European cities both by road and rail.

Read more
In Arad you can visit the following tourist attractions:

Oradea is located on the banks of Crisului Repede, which divides it into two almost equal halves. Being close to the border with Hungary, it is an important economic, social and cultural center in the northwest of the country. In recent years, the local administration has renovated the entire historic center of the city with European funds, being brought to a European level. Oradea has strongly re-entered the tourist market and threatens the supremacy of neighboring cities as the best city to visit in the west of the country.

Read more
The most important attractions are:

The main tourist areas of the Banat region except for the cities are the natural parks Cheile Nerei, Semenic, Portile de Fier (Danube gorge and boilers), respectively Lunca Muresului or the balneo-climatic resorts

Crisana is a very rich region in terms of relaxation, adventure or mountain tourism. Whether you prefer relaxation in the mountains or near rivers or swimming pools, or enjoy discovering caves, waterfalls or spectacular mountain top landscapes, the area offers everyone what they want.

The most important events and festivals in the Banat area are organized strictly in the city of Timisoara, namely: Plai Festival, Diskoteka, ISWINT, StudentFest, JazzTM, Timisoara Arts Festival.

The main organizer of events in the Crisana area is APTOR, the Association for the Promotion of Tourism in Oradea and Region located in the capital of the region. APTOR organizes annually, around 20 events, among which we mention: Easter Fair, European Music Open, Medieval City Festival, Hungarian Culture Days, Slovak Culture Days, Shalom Jerusalem Jewish Festival, St. Ladislaus Days, Oradea FestiFall and Christmas Fair.

See our offers from Banat & Crişana 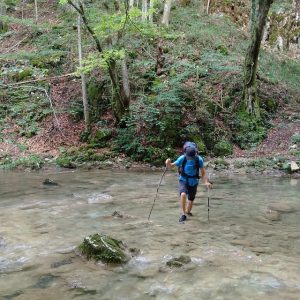 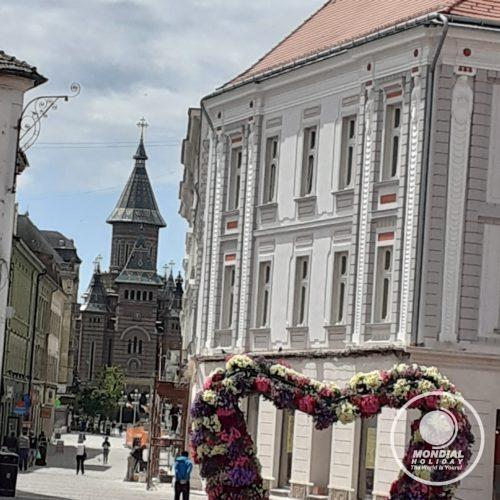 Nature, adventure and traditional life in the Western Carpathians, Romania