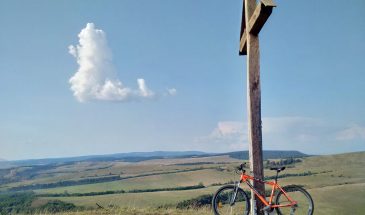 After having commonly agreed on the route and other helpful details regarding your trip, an advance payment of 25% (of the trip’s total cost), is required to be done by the customer, by bank transfer or credit card. The balance of 75% will be paid with 1 months before arrival.

What do I need to bring with me

The basic equipment needed for a mountain trip during summer time:

Cross the 3 Saxon villages – Bod, Harman and Sanpetru where you can explore the fortified churches. Take a breather to enjoy The Cismasu Equestrian Center located near Harman village. The ranch is surrounded by the Lempes hill, in a quiet and natural setting. It gives unforgettable memories for lovers of fishing and horse riding. 500 years ago, the travellers called the Land of Bârsa as “another Transylvania” or “the little Transylvania”. Located at borders, “surrounded by wooded high mountains”, enriched inside by “fertile plains and delightful meadows” and looked over as “a nice cared garden”, the Land of Bârsa is nothing else – compared to Transylvania – but a small stronghold in the mountains. Inside this natural stronghold, at the borders of East and West, the ways of History and Civilisations crossed, with their astonishing ethnic and cultural infusion, with their enduring movement of people and values. The origin of the toponym “Bârsa” is on dispute. But the version who found the biggest success discovered the origin of the name Burzenland / the Land of Bârsa from the German word Wurzel (root). We pick you up from Brasov (complimentary pick up from your location provided) at 9:00. We drive about 20 minutes to Bod village or Brendorf in German language – “The burned village”. Why is Bod called like this? In the manuscripts describing the abominable deeds of Prince Vlad the Impaler found in Lambach (in Upper Austria) it is written that: „In 1456, he ordered the burning of Bod from Tara Barsei, along with its inhabitants, men, women, children, of all ages. He put those who did not burn in chains and took them with him in Valacchia, where he impaled them all”. We start and finish the biking tour from Bod village. As mentioned, it is a private biking tour, so we travel with no strict schedule! Highlights: Harman Church is a Roman basilica with Gothic elements. The west tower, chapels and water moat still maintain this era today. Inside you can find paintings dated back to the 13th century. Sanpetru Church: The landmark of the village is the 13th-century fortified church. The original 3-nave basilica was demolished in 1794. There are still a few traces of the original 13th-century paintings on the defensive walls that surrounded the church. The Order of Cistercians received it in 1240. The fortified church was severely destroyed during a Turkish invasion in 1432. Most of the village was also destroyed then. After the invasion, the local community built an 8-meter-high defensive wall fortified with 5 towers and a water trench. In the 17th century, the church suffered major damage in a large fire that also destroyed the local archives. The bell tower collapsed in 1713 and was rebuilt 1778–82. This tower later collapsed, and in 1795 the structure was demolished and construction on a new church was begun. 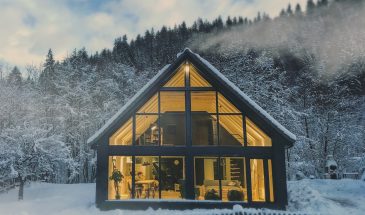 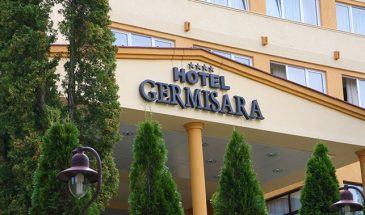 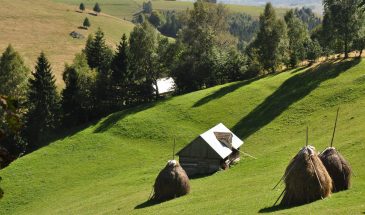