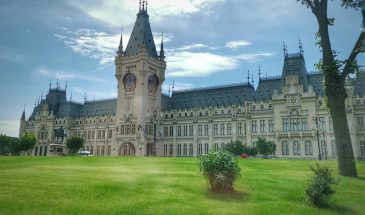 Talking about Moldavia, Transylvania, Walachia this trip offers you the chance to enjoy a little bit of every region.

Iasi, one of the most important city in Romania, former capital of Romania is the perfect choice for a Moldavian experience. The road from Iasi to Sighisoara takes you through the Bicaz Gorges an amazing canyon dig continuously in limestone since twenty millions years ago.

Once arrived in Transilvania you will overnight in the medieval fortress founded by Saxons, the birthplace of Dracula, Sighisoara.

Continue the trip to Sibiu, stopping in Biertan Village to see the only fortified church with all three defensive wall, well preserved since centuries ago. Of course you may try opening the door of vestry protected by nineteen lockers, one of the most sophisticated door locker in Europe. Arriving in Sibiu you will discover the Gothic secrets of this apparently Baroque city, former Cultural Capital of Europe in 2007.

Travel to Brasov, one of the strongest medieval cities in Transylvania and home of the powerful Saxon merchants who plotted for the removal from power of the legendary prince Vlad the Impaler, also advertised as Dracula. You will visit the Black Church and have a tour of the Old City. Have lunch in a traditional Romanian restaurant and then continue to the Bran Castle, widely known as the Castle of Count Dracula.

The final leg of our day will take you to Sinaia, the winter resort first built for the Romanian royalties and high society at the end of the 19th century.

In Bucharest you will explore the Capital of Romania. Tour the city and visit the Palace of Parliament – the second largest building in the world.