The Danube Delta,which, in 1990, has become an UNESCO World Heritage Site, is located in the eastern part of Romania and at the southeastern tip of Ukraine.It is surrounded to the north by the Bugeac Plateau, to the west by the North Dobrogea Plateau and partly by the Bugeac Plateau, and to the east and southeast by the Black Sea. It is the country’s newest relief unit, it is a constantly forming plain, which increases from year to year by approximately 40 m2.It was created by the deposition of alluvials brought by the Danube but also by the deposition of sediments and ropes of sand by the sea currents.The Danube is the second largest river in Europe, and the route of this river, which springs from the Black Forest Mountains, Germany and flows into the Black Sea, comprises 10 countries (Germany, Austria, Slovakia, Hungary, Croatia, Serbia, Romania, Bulgaria, The Republic of Moldova, Ukraine) and 4 capitals: Vienna, Bratislava, Budapest and Belgrade.
In  Pătlăgeanca village, in Tulcea County, the Danube bifurcates in: Chilia Arm to the north and Tulcea Arm to the south, which also bifurcates forming Sulina Arm and St. George’s Arm.

The climate of the Danube Delta is temperate steppe – continental and is influenced by the proximity of the Black Sea.Temperature variations are small, winters are mild and poor in snow, and summers are heat-free.The Danube Delta was formed over 10,000 years and because of its rich history, the oldest written springs date back to the Greco-Roman era.
During the Byzantine period, most of the Dobrogea region, which also included Delta, was part of the “Thema Paristrion”.Byzantine chronicles and medieval maps mention several villages in the Delta area, and in some of the villages archaeological research has subsequently been carried out confirming the information.The political instability of the Byzantine Empire was also felt over Dobrogea, allowing Italian, Venetian and Genoese merchants to begin trade around the Black Sea.In the 15th century the Danube Delta and the whole of Dobrogea came under Ottoman rule for almost four and a half centuries.After the conquest of state independence in 1877, the Danube Delta is again part of the Old Kingdom – Romania.
Because, throughout history, many cultures have found their home on the Dobrogen lands, the traditional costume preserves the specific aspects of each community: romanian costume, lipoven costume, bulgarian costume, macedonian costume, tatar costume and turkish costume.
Beside the traditional costumes, in Dobrogea you can also meet customs preserved from ancestors that are practiced with holiness nowadays, the most popular being:

The gastronomy of the region is special and is based on fish dishes, which is the main source of food of the locals.The recipes of the locals are received from the ancestors, and some of the most popular dishes are:

The Black Sea is among the most famous and spectacular regions of Romania.It is located in the southeastern part of Romania, being bounded to the east by Tulcea city and Constanta city, to the north by the Danube Delta, and to the south by the border with Bulgaria.The shore is quite varied, with slightly wavy shapes, with long bays deep on the valleys, with cliffs, beaches, lagoons and sand ropes.The 12 seaside resorts: Năvodari, Mamaia, Eforie Nord, Eforie Sud, Techirghiol, Costineşti, Olympus, Neptune, Jupiter, Cap Aurora, Venus, Saturn and Mangalia make this destination suitable for all people, regardless of age.
The climate of the coast is moderately-temperate, with long and warm summers, sometimes hot, but due to the sea breeze, rich in aerosols the burning is attenuated.Thanks to the Black Sea, the seaside winters are mild and the average temperature in January is 0°C.The history of the coastline dates back to ancient times. Archaeological research attests to the presence of the Greeks who in the 6th to 5th centuries BC.they founded the colonies of Histria, Callatis and Tomis, of the Persians, of the Romans who became by Byzantine Christianity, and later the invasions of the migratory peoples were followed by Ottoman rule.After being under Ottoman occupation in the 18th and 19th centuries, the coast became a battleground between Turkey and Russia.
Due to the tumultuous history it had, among the inhabitants of the surroundings of the coast we can find, in addition to the Romanians, several ethnic groups: Aromanians, Turks, Tatars, Lipovan Russians, Greeks, Bulgarians and Ukrainians who have maintained their customs and traditions, while influencing some of the customs of the place. Traditions and traditional costumes that we have presented to you in the above material.As in the Delta, the gastronomy of the Romanian coast is based on fish.In addition, due to the influence of ethnic groups, among many specific dishes we also remember: lamb sausages, beam lamb, kebab, moussaka, kefir, baclavals and dobrogean pie.

Plan, train or car? the main crossing point is through Tulcea, and Tulcea can be reached by almost all means of transport.

Once you have reached Tulcea, depending on the location of the accommodation, the road can continue on 2 paths:

Plan, train or car? The Black Sea can be reached by almost all means of transport.

The tourist spots dear to us, which we visit over and over again with great fondness, every time we reach the lands of Danube Delta, due to their beautiful landscapes and the good state of mind transmitted are listed below, without a specific order of their visit, because from wherever we start the wealth of the soul remains the same.

The tourist spots dear to us, which we visit over and over again with great fondness, every time we reach to the Black Sea, due to their beautiful landscapes and the good state of mind transmitted are listed below, without a specific order of their visit, because from wherever we start the wealth of the soul remains the same.

Below you can find some of the most important annual events that take place in the Danube Delta:

Below you can find some of the most important annual events that take place to the Black Sea:

See all offers in the region of Danube Delta & Black Sea 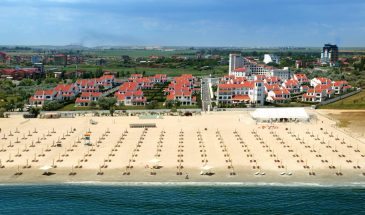 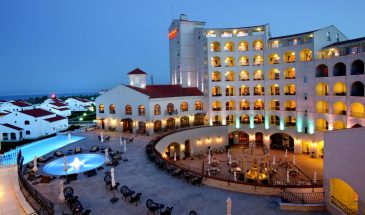 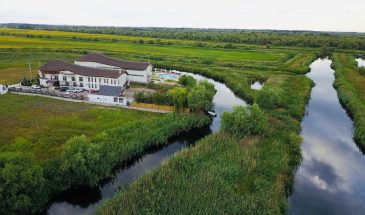 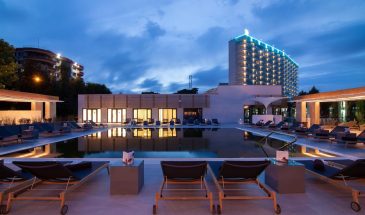 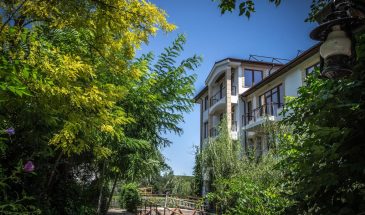 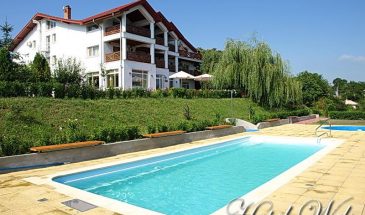 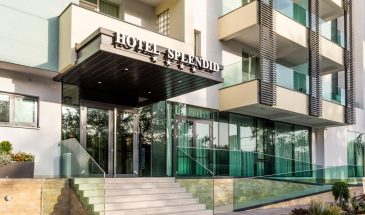 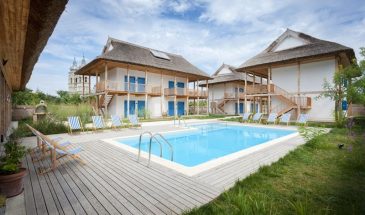 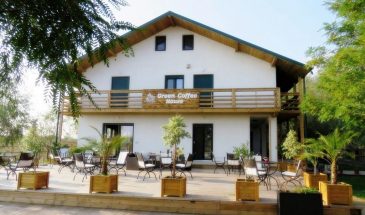 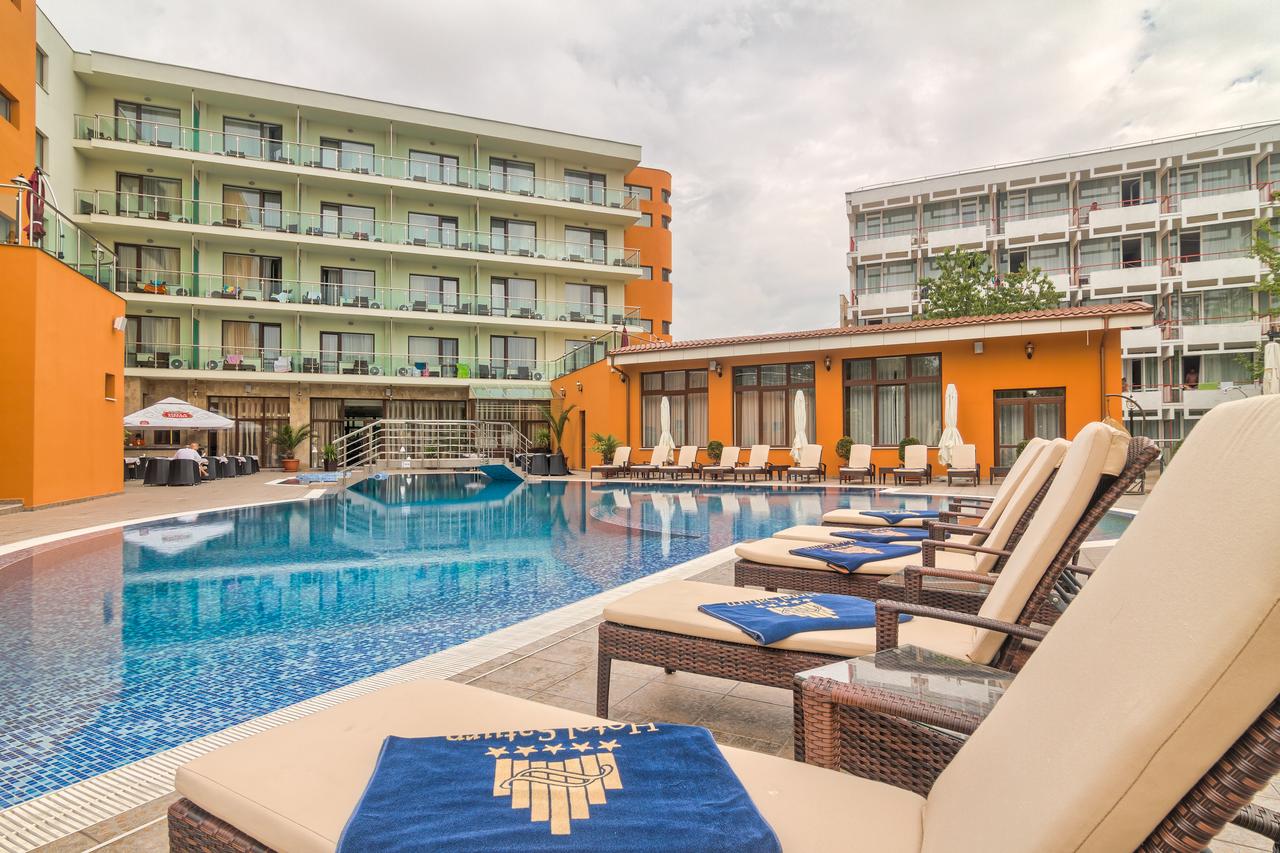 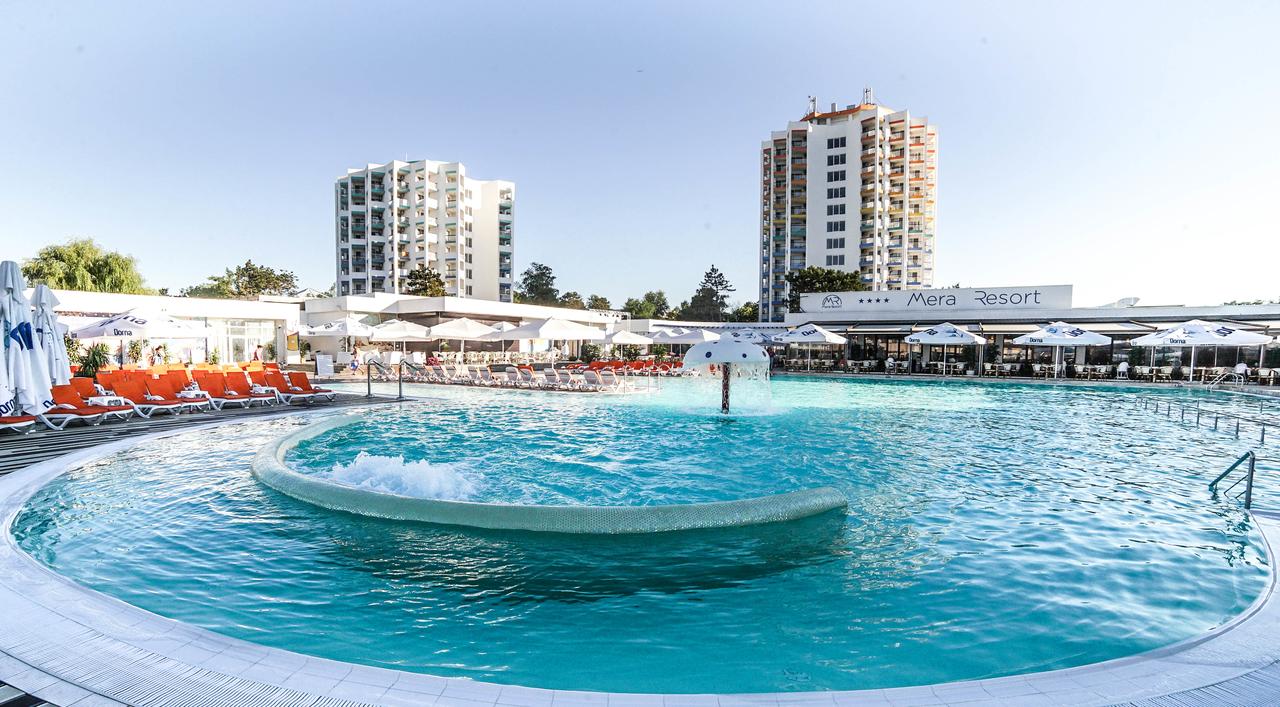 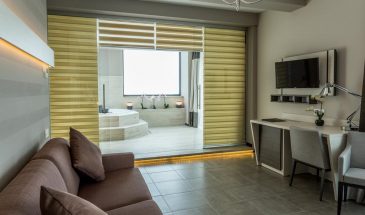 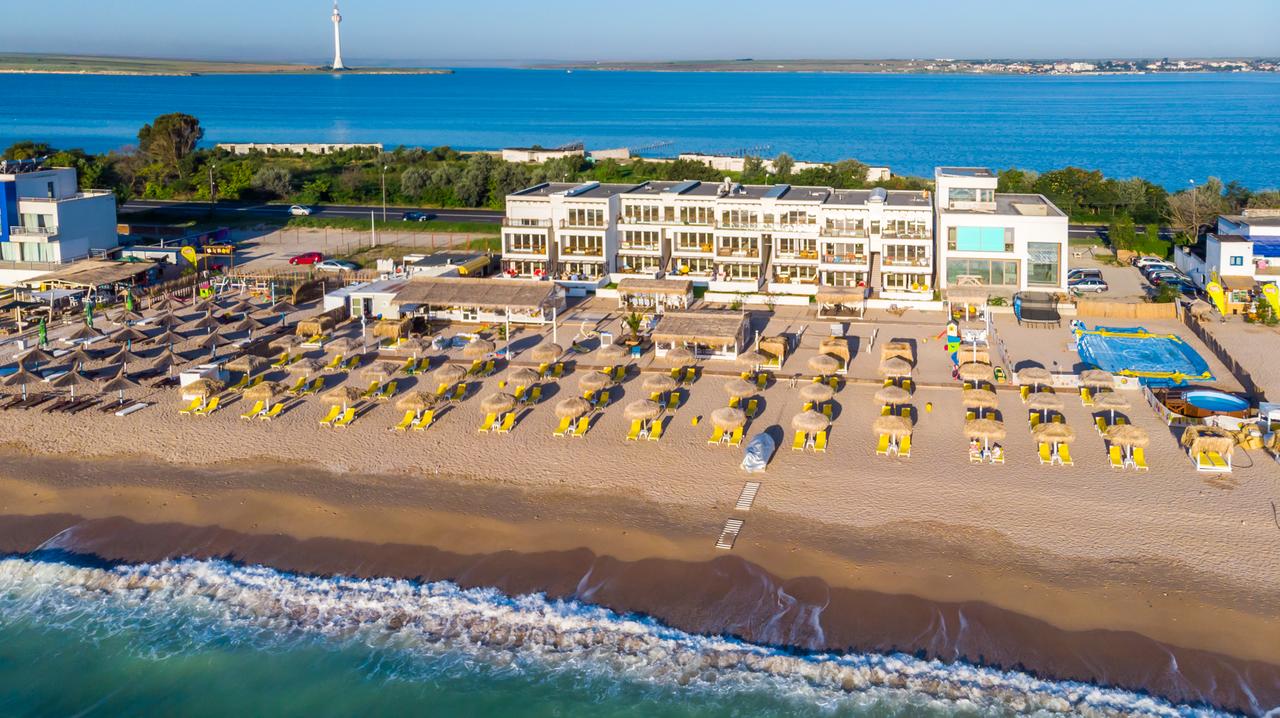 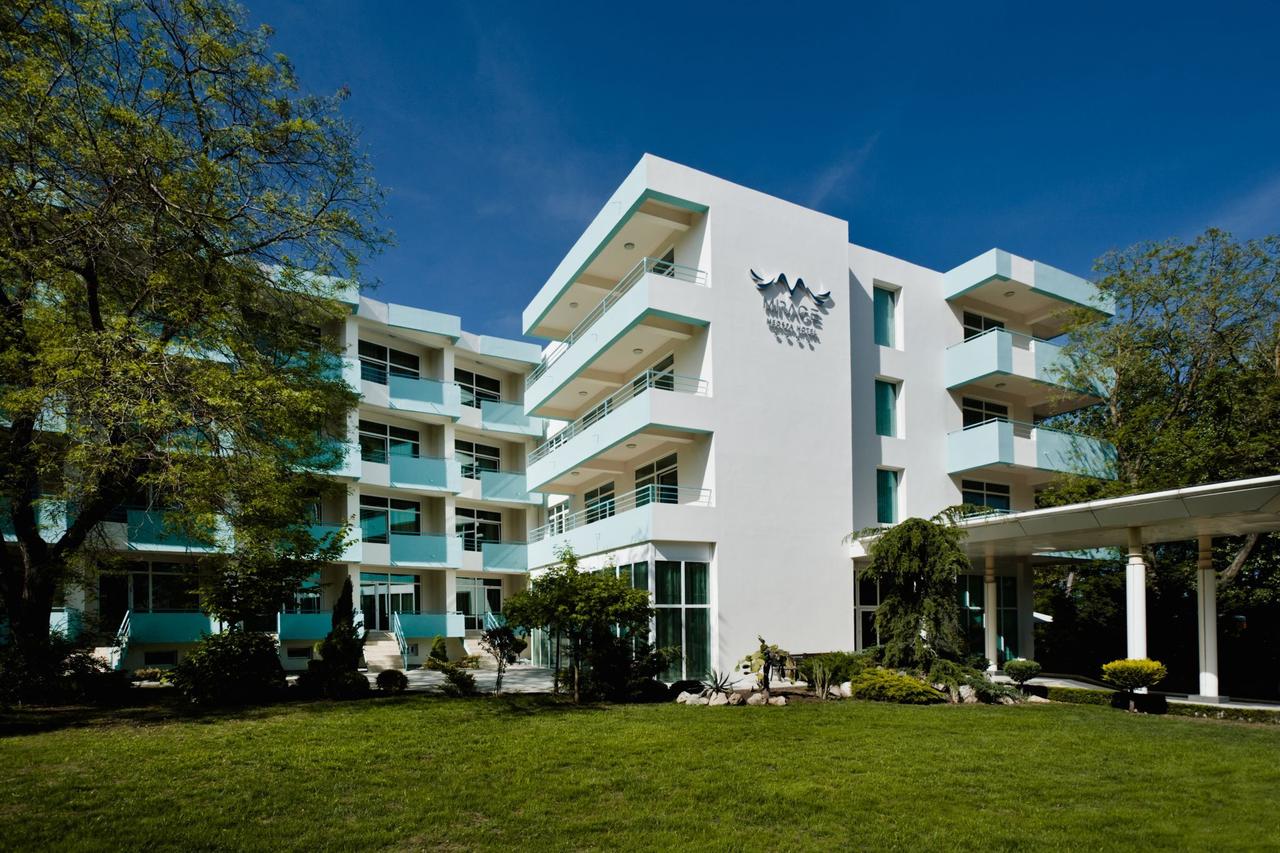 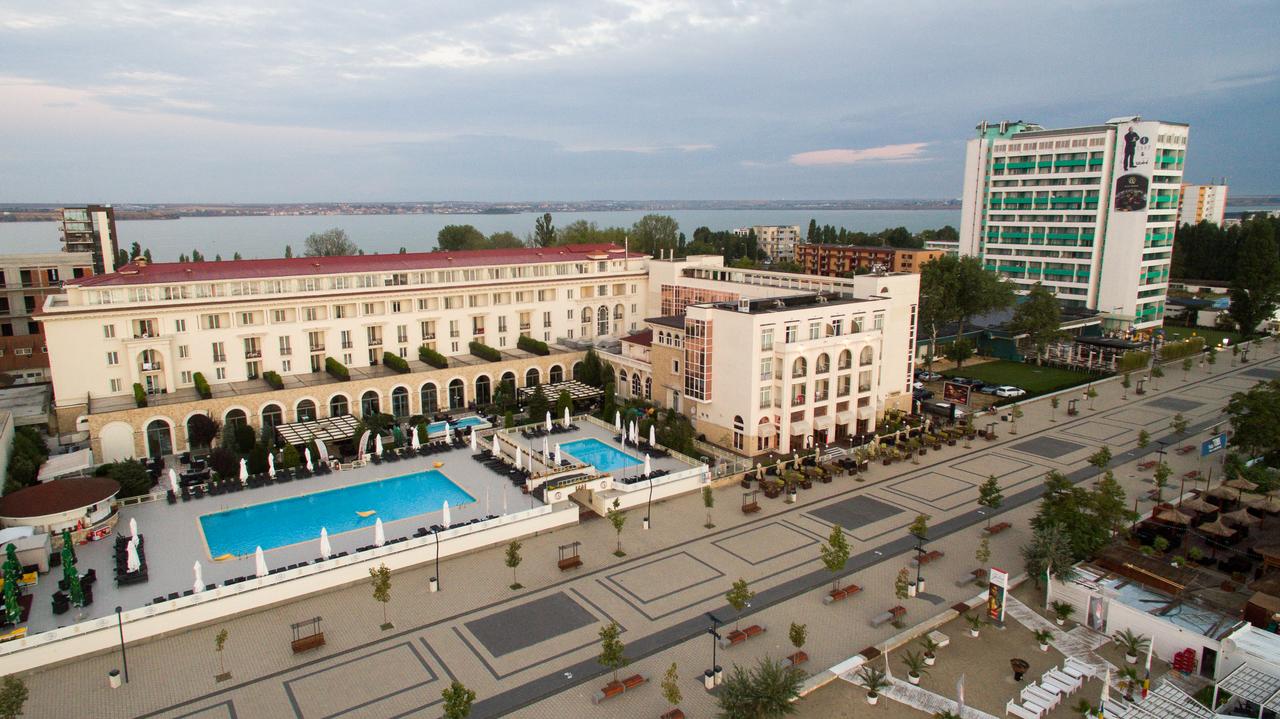 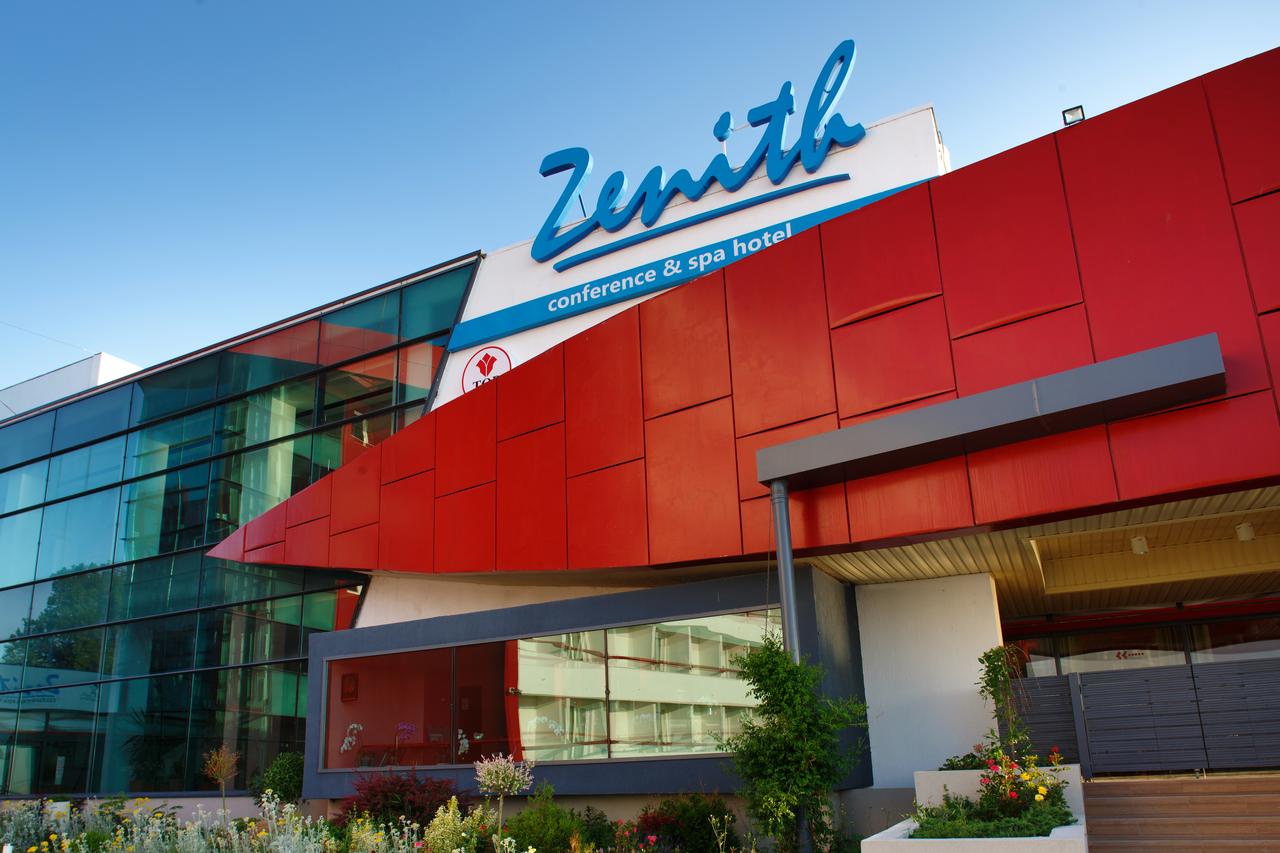 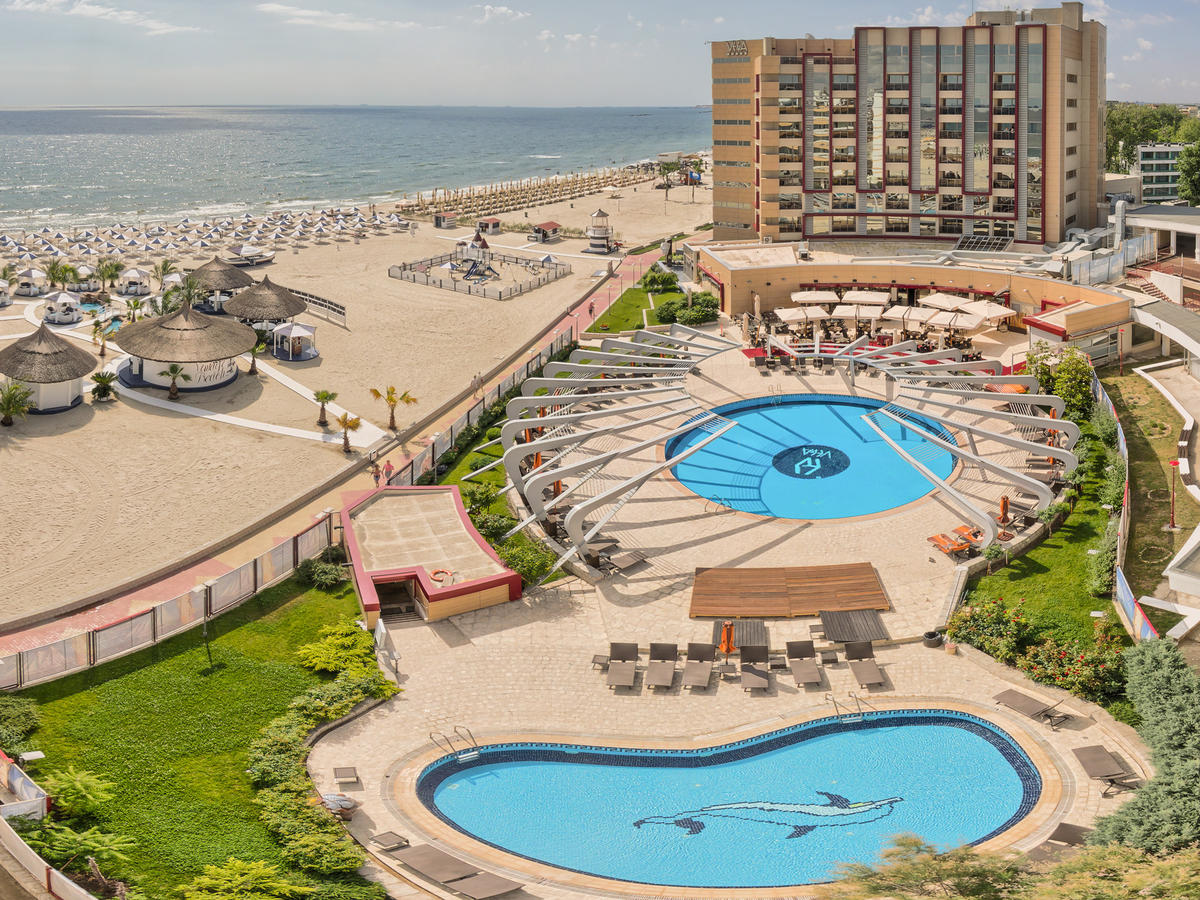 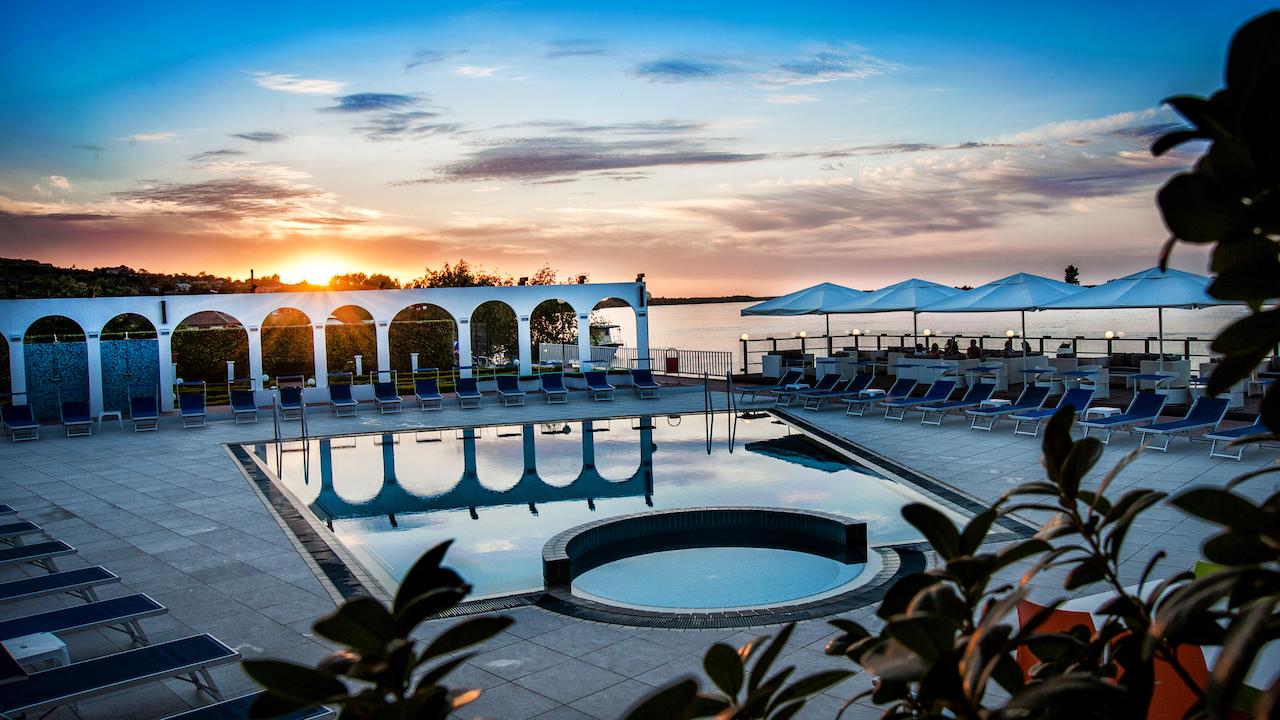 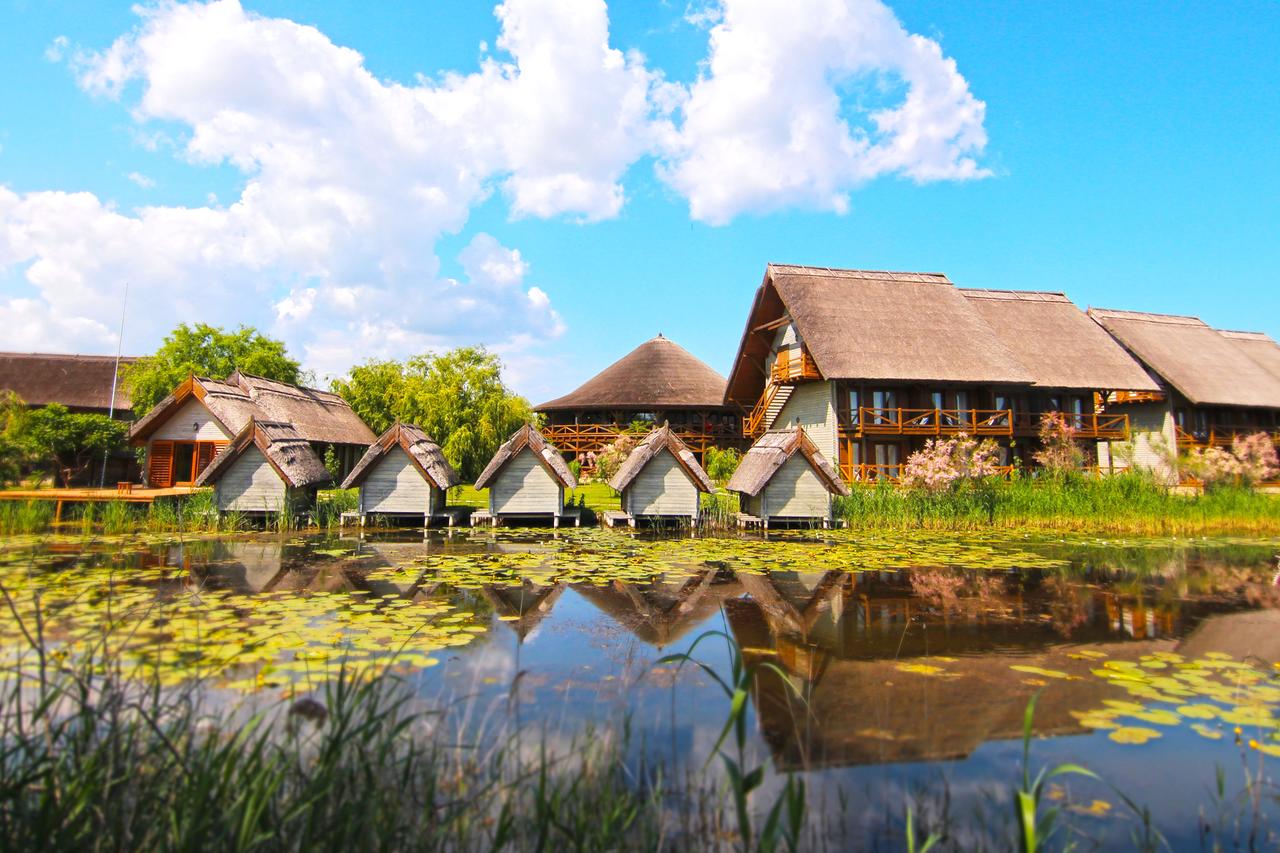 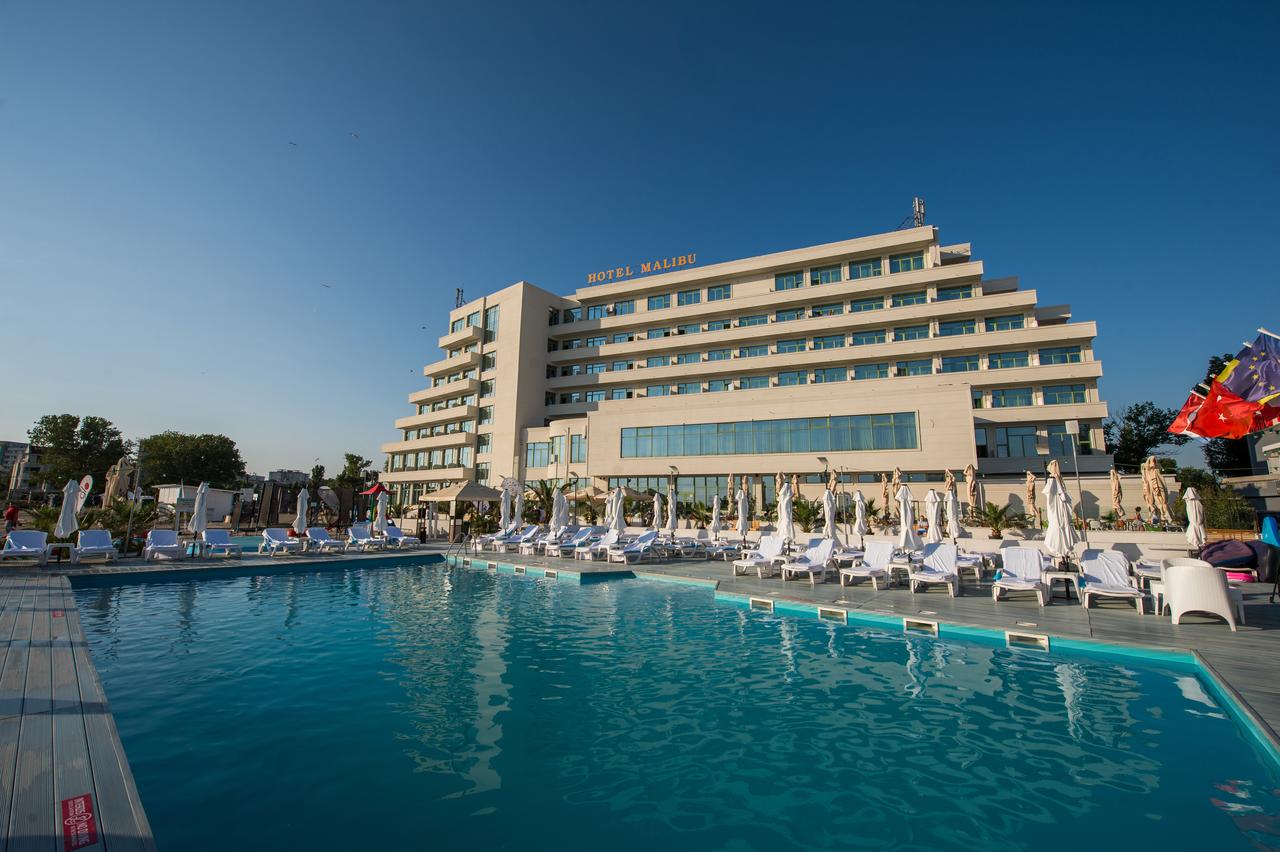